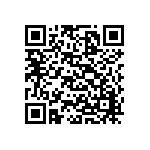 Raise your hand if you have never said, "Let's stop for a moment at the Autogrill" while driving along the motorway. Operating in 30 countries in the catering services sector for travellers, this brand is in fact a point of reference for 'people on the move'. A 'firepower' that requires efficient management not only in the operational front office but also in the organisational and process back office. From this point of view, in 2008 Autogrill reorganised its IT structure to become an operational service centre with a 'demand and supply' model that anticipated the reorganisation of administrative processing four years later. The new structure formed in 2012, called the Administration Service Centre - SSU (Shared Service Unit) Admin, was in fact designed to offer accounting services to the Group's Business Units, starting from Italy, France and Spain, through a redesign of processes including the creation of an internal group focused exclusively on administrative document management. The services provided by the Unit include the accounting recording of invoices, asset and liability allocations, asset movements and reporting in support of the processes managed for budget closures.

"The first reason for this change - explains Daniele Rizzo, Autogrill's Chief Information & Business Process Officer Europe - was linked to the fact that processing operations had until then been decentralised and independent for the various Business Units. These processes were completely managed through paper documentation, with the exception of a part of 'late archiving' which concerned some areas of passive documentation, i.e. invoices that were scanned after registration.

Everything was done manually and the training of this service centre not only led to a consequent investment in documentation, but also triggered a strong dematerialisation activity. The fact that I also received responsibility for this service centre, given my simultaneous role as IT director, certainly made things easier. The creation of the SSU was essentially seen by Autogrill as a means of improving administrative processes, introducing DocFlow's Synergy dematerialisation and document management platform and services at the same time as the move to the form of Electronic Data Interchange (Edi), which now covers around 65% of the documents transacted by Autogrill with its suppliers and which 'travels' for the storage part on the new system. At the same time, the process of digitisation of paper invoices using Ocr (Optical Character Recognition) technology has been revised and the management of other document sources such as e-mail, Pec (Certified Electronic Mail) and Pdf (Portable Document Format) has been standardised, all integrated into a single platform. "This allows us to automatically manage the majority of administrative processes, leaving operators with simple control of flows and processes over repetitive activities to allow greater focus on the management of exceptions with a high level of complexity, structurally improving flows and relations with suppliers".

The advantages lie primarily in the reduction in the costs of administrative processes, which we have already reduced by around 35% thanks to faster registration and more extensive management of queues and abnormal deadlines.

A project of this type has involved several challenges from the outset. "The impetus came essentially from the need to have greater efficiency, and reduce the time taken to manage individual documents, from receipt to payment; all this by increasing the quality and transparency of the underlying administrative process". We developed a business case with a Roi (Return of Investments) of 2 years and 9 months, partly guaranteed by the re-internalisation of processes, with work distributed over internal resources, and partly by the automation of most of the activities. In this sense it is important to bear in mind that the management of the document is potentially not strictly linked to the administrative management, from which it can be completely separated when the document is dematerialised".

Autogrill is currently in the midst of reorganising its supplier relationship activities. Previously the latter called and solicited accounting while now the contact is managed by the dedicated group that validates the invoices, normalises them, corrects them, indicating whether the order is not clearly indicated in the document or the cost and delivery centre has been misrepresented or is not present. The company has been supported by DocFlow from the process analysis phase to the development and integration of the components and then to the automation and integration of the platform within the existing information systems, also adopting a collaborative portal. "The advantages lie first and foremost in reducing the costs of administrative processes, which we have already reduced by about 35% thanks to faster registration and more widespread management of queues and abnormal deadlines," says Rizzo. "Then we have achieved a reduction in administrative management time and greater security in the management of the document itself. This allows us to contribute to the improvement of the company system on various fronts: not only administrative but also purchasing and logistics". The idea is basically that the document (and its availability) should be comparable to electricity: ready to be processed and not involve any additional processing by those in charge, for example, of goods accounting: "The new group receives the document in its various forms, checks it in, contacts suppliers in case of anomalies and feeds a flow as lean as possible. The file also has adequate characteristics to be used by all the responsible bodies, filed and registered. In short, it is a service within the service," explains Rizzo. Added to this is the possibility of reporting on invoice ageing, which today contributes to strong automation and allows exceptions to be handled with speed and precision. In particular, in three months since the project was launched, outstanding service invoices have almost halved.

Having reached the planned regime in terms of productivity and sustainable balance, Autogrill now plans to carry out a complete reinternalisation of document flows in France and Spain. "In Italy, there are 240,000 invoices per year for goods alone, rising to 300,000 for services. The other two countries, on the other hand, have a total of 150,000," emphasises Rizzo, who is not resting on the laurels of the results achieved so far: "We still need to further increase our efficiency and reduce the defects that still exist, with constant calibration of activities and processes. And this is helped by the fact that the control over the administrative work unit (the document) has been greatly refined: the platform in use allows, among other things, to check on a daily basis what kind of situation we are in and to have no potentially overdue invoices not traced within the IT flows", adds Rizzo.

"The document work has essentially gone from being a simple process (paper, stamp with protocol, insertion in the box and archiving in the warehouse) to a much more efficient procedure that requires an overall view of the flows and processes of management and archiving". Autogrill progressively intends to migrate all its document and administrative processes, including delivery and transport, to the new platform. "In general," says Rizzo, "we tend to consider this type of application linked to a certain perimeter, but in reality the availability of a document platform and the ability to articulate workflow processes and integrate metadata on other automation systems represents the maximum of its value. To do this, however, it is necessary to move from a silo view of IT to a layered view. And we are trying to do just that by considering what we have set up for administrative management as a layer of document services that can be scalable in any area, including document formation itself.

In short, the idea for the future is to feed Synergy directly with what is produced by the Google platform used today by Autogrill for activities ranging from the definition of the idea, to its collaborative development and the production of the document itself. "We are talking about the complete life cycle of documents such as contracts, certificates, coupons, licences or minutes. The next challenge is to have a single layer that brings together every document, process and workflow", concludes Rizzo.

Autogrill is the world's leading provider of catering services for travellers. Present in 30 countries with over 56,000 employees, it manages over 4,700 points of sale in over 1,000 locations and operates, mainly through concession contracts in airports, motorways aand railway stations, with selective presence in shopping centres, trade fairs and some cultural sites.
The Company manages, directly or under licence, a portfolio of over 250 international and local brands.
Autogrill, listed on the Milan Stock Exchange, is indirectly controlled by Edizione S.r.l., the Benetton family's holding company, with 50.1% of the share capital.