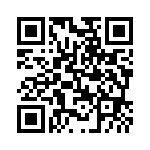 This is how the Eurovita group, born from the union of three realities in the insurance sector, works to produce internal regulations.

"With 16 billion assets under management and around half a million clients, Eurovita is an important player on the Italian insurance scene, distinguished by an approach based on flexibility, expertise and solidity combined with the quality of the service offered. This is how Annalisa Nurzia, Eurovita's Director of Organisation, Information Systems and Human Resources, describes the company now operating on the market through more than 60 distribution agreements (around 2500 branches) with the banking networks, a network of more than 11,000 financial advisers, and around one hundred agents and brokers. In this context, one issue that emerged at Eurovita as part of the process that led to the integration of three realities of the Italian insurance market (Ergo Previdenza, Eurovita Assicurazioni, and Old Mutual Wealth Italy) concerned the need to define and formalise the regulatory body of the new company.

The choice, which fell on DocFlow's RIN application, was based on: ease of use for editing, speed of implementation (editing back end engine, approval workflow, user portal) and low "running costs".

This was - Nurzia points out - a particularly important requirement for a financial institution subject to regulatory supervision and in a reality like ours which was facing a process of strong transformation in a very short time. For this reason, we looked for a solution that was flexible and quick to implement, but at the same time could manage a process of drafting and sharing internal regulations that was structured, standardized and compliant with the guidelines defined in our governance system.

In particular, our framework requires the company's regulatory body to meet the following requirements:

A process in several stages

At Eurovita, the process of issuing company regulations is divided into a series of phases aimed at ensuring both the consistency of the internal regulatory system as a whole and technical correctness and compliance with the laws and regulations applicable to the contents of each regulation being issued. These phases start from the drafting of the proposal for the issue/updating of a legislative text, with subsequent development and drafting, which can be carried out by one or more competent users. The third step is then that of technical validation, with verification of the contents of the normative text by those responsible for the matter.

"Where relevant to the scope of the regulatory provision to be issued, the Compliance function checks the 'compliance' of the standard with external laws and regulations, which is then stored in the system. Subsequently, it is approved by the parties responsible for issuing the regulations. This phase includes the drafting of the accompanying document provided for according to the type of standard being issued (service/circular order), the final validation of the contents of the regulatory text and the accompanying document by the signatories, and finally the publication (issuing) of the regulatory document and simultaneous repeal of any obsolete regulatory documents", continues Nurzia.

Previously, the realities incorporated in Eurovita had adopted different tools and models to manage this type of process. In particular, in Ergo, there was a mapping using productivity tools and then publication on the document library developed internally on a platform accessible to all employees. In Eurovita Assicurazioni, the mapping was instead entrusted to a presentation software while the publication took place on an application mainly used to map operational risks. Finally, in Old Mutual Wealth Italy, the word processor was involved and publication on the Intranet. "None of these tools made it possible to standardise templates, manage master data and a workflow for sharing and approval of regulations, historicisation and versioning, nor did they offer a portal for consultation with dynamic search and reading receipts functionalities", Nurzia clarifies, adding that the need was therefore to implement a solution that would make it possible to manage not only the process regulations, but the entire body of company regulations (governance regulations; process legislation; operational legislation), which would not only support the drafting of documents but also ensure the control and coordination of all stages of the drafting, validation and publication of the legislation, and facilitate its use by the entire organisation. "A comparison was then made between the main Business Process Automation applications and, as part of the solutions to meet these needs, the choice of DocFlow's RIN (Integrated Drafting of the Regulations) application was based on several elements. We started from the ease of use with the drafting that today takes place on advanced Microsoft Word tools with tagging functions that allow, through the insertion of a tag (i.e. a label - 'keyword') selected from a defined registry (list), the association of an information. The insertion of tags allows a more productive document classification and search with a logic similar to Google's, of a semantic type; so we considered the speed of implementation, which already included both the back end engine for the drafting of regulations, the approval workflow, and the fruition portal; and finally, the low management costs were important for us", Nurzia goes into detail explaining that:

the system supplied by DocFlow is also equipped with a portal that makes it easy for all company users to consult and search the standards, producing views that can be structured starting, for example, from the organisation of processes according to a tree structure. In addition, it is possible to segment the recipients of each regulation and track their reading.

Tracking is also present for all the steps envisaged in the drafting and approval process, from the proposal to the drafting of the relative document, through to the revision and authorisation and publication phases, with technical validation on several levels up to the Compliance function. The solution database also makes it possible to keep in memory all the versions of the regulations issued, each with its own period of validity, in order to trace back the rules and procedures in force at the time of a given event. The application has therefore been integrated with Active Directory, for authentication management and profile association in line with the organisational structure, and with the company Intranet. In terms of timing, the project took about 5 months to implement, including the analysis and certification phases. The greatest difficulty that emerged in this regard concerned the implementation of some customisation of the Eurovita authorisation process, which envisages different hierarchical levels.

The process of drafting Eurovita's regulations (currently about one hundred) today requires that documents are mainly drafted by the Organisation team, which, as "regulations manager", is also responsible for coordinating and monitoring the process of drafting and updating the regulations in order to ensure the consistency of the company's regulatory system as a whole.
For this activity, Organisation makes use of a special dashboard, available on the RIN application, which allows to view the processing status of all the files present in the system.
The current organisational model envisages that the drafting of Governance documents such as Guidelines and Policies is entrusted to the relevant departments, while Organisation is responsible for defining the organisational structures (organisation charts, function charts) and drafting process rules. Finally, the drafting of operating regulations (operating sheets and manuals) is the responsibility of the managers of the offices to which it is addressed. In the validation phases, all the heads of the first and second level organisational structures involved in the standardised processes are involved, while compliance plays a particular role in those standards that require a regulatory compliance visa.
Furthermore, integration with ActiveDirectory, thanks to which the association of profiles with the organisational structure is managed, makes it easy to deal with the impact that organisational changes (not so sporadic in the context of integration in Eurovita) have on the profiles associated with the various steps of the drafting and approval process. Finally, the semantic search functions and tags not only make the documentation more accessible to the entire organisation, but also provide effective support in identifying those standards which, for example, in the event of a regulatory update or the replacement of an IT application, need to be updated.

For the future we intend to invest further in the consultation portal to make it more attractive from a graphic point of view, to extend the research part, and to evaluate a possible evolution on contiguous processes such as delegation management", concludes Nurzia.